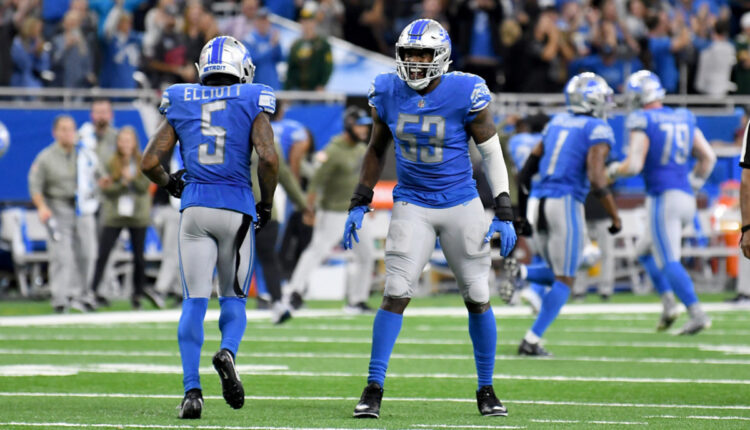 The Detroit Lions conducted one final practice Thursday at their Allen Park practice facility, ahead of their flight to Carolina.

After missing practice Wednesday, both Frank Ragnow and Matt Nelson were spotted Thursday during the portion available for the media to witness.

Prior to practice, Detroit head coach Dan Campbell expressed that he will do much more reflection following the conclusion of the 2022 season.

“I think that’ll be after the job’s done, because that’s when you can really appreciate it, once you get to where you believe you can go,” said Campbell. “But, as far as special, like I told you, the group last year was special. We only won three games. That was a special group.

“You continue to pound away, like those guys did in the month of December, and early January. I mean, we knew we had a special group,” Campbell continued. “It was just about building on top of that, and the same group that was 1-6 is the same group that went 6-1 at this point. So, it’s always been special. It’s a different group. It’s a resilient group. Nobody knows adversity like our group. So, they’re a special group, and we’re in a moment right now. And, let’s see if we can continue to win.”