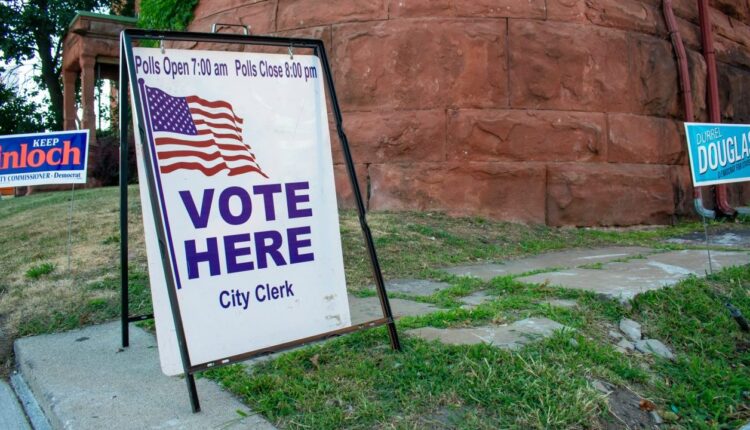 Tens of thousands of Detroiters cast their ballots Tuesday in Michigan’s general election.

Results were slow to come in through the night because of large numbers of absentee ballots that had to be counted. Just about a third of Wayne County precincts were counted by one am Here’s what we know at this point:

Michigan Governor Gretchen Whitmer has won re-election. She defeated Republican Tudor Dixon. Abortion was a key issue in the race…motivating Democrats to come out for Whitmer and other top officials in the state. Whitmer spoke to supporters early this morning, just before the Associated Press called the race in her favor.

Whitmer says she’ll continue working to improve the state’s economy during her second term in office.

Shri Thanedar declared victory last night in the 13th Congressional District. The Detroit Democrat spoke to a crowd in Greektown early in the evening—hours before his race was officially called.

“People should be able to take care of their healthcare needs. I’m going to fight for passing a single payer healthcare.”

Detroit’s incumbent Congresswoman Rashida Tlaib won her race for re-election, finishing the night with a significant lead of more than two to one over her Republican opponent Steven Elliott. Tlaib was first elected to Congress in 2018.

There will be a new face on the board of the Detroit Public Schools Community District. Latrice McClendon led the field of 18 candidates vying for 4 seats on the DPSCD board. Chalkbeat Detroit reports McClendon, an executive at Huntington Bank, raised more than 100-thousand dollars in the race. That’s more than twice as much as the next biggest fundraiser, Iris Taylor. Taylor was also the second biggest vote-getter in yesterday’s contest. She’s the former president of the board. Bishop Corletta Vaughn will keep her seat. The fourth spot will most likely go to either current president Angelique Peterson Maybury or former board member Lamar Lemmons.

More than 30 percent of Detroiters who were registered to vote cast ballots in yesterday’s election.

Check back this evening and through the rest of this week for election results once more votes are counted in some of the closer races that have yet to be decided.