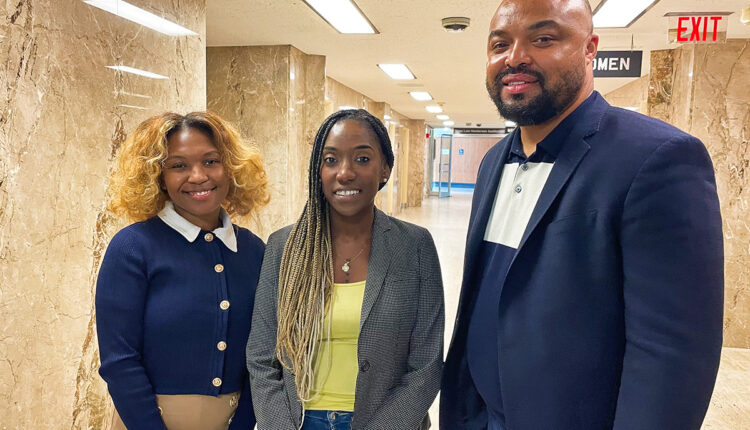 Business groups representing hundreds of Detroit restaurants, including a coalition of Black-owned establishments, say a new proposal that would require public signage showing health inspection results will create more problems than it solves.

The City Council unanimously voted Tuesday to delay its vote on the food grading ordinance proposed by District 3 Council Member Scott Benson for one week so city officials have more time to work through concerns. Benson, who has been developing the ordinance for three years, said the color-coded signage would bring Detroiters much-needed transparency about where it’s safe to eat, but business groups opposed to the plan say more regulations will hurt restaurants struggling in the aftermath of COVID-19.

“If you’re a small business owner in Detroit you’ve been struggling,” said Charity Dean, president and CEO of the Metro Detroit Black Business Alliance, who formerly headed the City of Detroit’s civil rights and inclusion division. “Coming out of the pandemic, you’ve been hit hard. It is so extremely difficult to get a permit and get through the licensing. Now all of a sudden, there’s a new ordinance. I’m concerned about the message it sends to small business owners, that we care that much about this thing (but) we don’t really know if it solves our problem.”

A recent report from the Institute for Justice found Detroiters already face 77 steps to open a restaurant. Licensing and permitting fees in the city cost an average of $6,545, which is more expensive than Atlanta, Boston, New Orleans and New York. The report found costs, delays and complexity imposed by the city’s regulatory process are too much for some small businesses to get started.

If approved by the council next week, Detroit would be the only Michigan city to require businesses to publicly post health inspection results at the entrance of their establishment. Signs issued by the Health Department would also include a QR code linking to inspection reports and an explanation of the food grading system.

The ordinance, if approved, would take effect on May 1, 2023. Benson said businesses could voluntarily post signage in the meantime for a pilot program that could result in changes before the ordinance is fully implemented next year. The ordinance would not apply to food trucks licensed outside the city or other food establishments regulated by state law like grocery stores and gas stations. It also doesn’t change anything about how health inspections are carried out.

Benson argues the additional regulation isn’t too burdensome, and that Detroiters deserve a clearer picture of a restaurant’s compliance with city health standards. He suggested Tuesday that the signage could even be a “marketing tool” for restaurants to show they’re offering a safe product.

Benson also made a “hard commitment” to identify funding to offer restaurants free ServSafe training, a national certification program that teaches food safety and illness prevention. Benson said the cost to create 100 free training sessions is estimated between $100,000 and $125,000.

“We see no reason to change a system that’s already working,” Roberts said. “From a business owner perspective, the Health Department is the smoothest and easiest department we work with.”

A handful of residents and individual restaurant owners however voiced support for the plan.

“If you had anything to hide you wouldn’t probably want the program,” said Bobby Whetstone, owner of the Detroit Blues Cafe. “I think it would be a good thing.”

At-Large Council Member Mary Waters said she sees the ordinance as a measure to protect consumers and encouraged restaurants to participate in a voluntary pilot of the color-coded signage.

“If we find that this is devastating to our restaurants … I will be the first person to come back to this table and say ‘let’s repeal this particular ordinance,’” Waters said.

Most of the council agreed the proposal would bring much needed transparency to health inspections. While available online, Benson noted inspection reports are difficult to understand and are not accessible for people who lack internet access. Council President Pro Tem James Tate, who represents District 1, added that he too has had a hard time deciphering the meaning of health inspection reports.

Benson said the ordinance is a means of “educating our public” and creating a focus on food safety.

Another major concern among restaurant groups is the responsiveness of city health inspectors.

The Detroit Health Department performs 200 to 400 inspections per month, according to its website, and typically follows up within 30 days to check whether restaurants have resolved violations. Restaurant groups said that can be a long wait for businesses that correct issues within a few days.

The council allocated $200,000 to hire two additional health inspectors. That would bring the total to 17, once all positions are filled, covering 1,706 restaurants in Detroit.

Council Member Fred Durhal III, who represents District 7, said health inspectors already have a “heavy caseload” and advocated for city officials to do more to help food workers get certifications and training on safety practices before Detroit creates another mandate.

Benson drafted the ordinance in response to a Hepatitis A outbreak that swept Michigan from 2016-18. At the time, cases were linked to restaurants where food workers were found to have the virus.

It also was motivated by the temporary closure of a Popeye’s restaurant on the east side in 2018 due to unsanitary conditions, Benson said.

Dean recently sent a letter to the council asking them to delay the vote so Black business could have a “real opportunity” to provide input. Benson convened two June meetings for businesses to learn about the proposed ordinance and another in August. However, Dean’s alliance said it wasn’t notified about the proposal until late July.

authored by
First published at https%3A%2F%2Fwww.bridgedetroit.com%2Fcouncil-delays-decision-on-controversial-plan-for-health-inspection-signage%2F