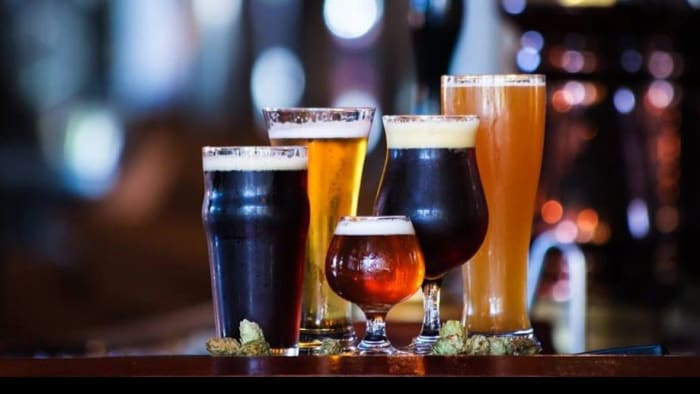 It has experienced the many different waves of craft beer. From the pioneers of the beverage to microbrewing, Grand Rapids has seen it all.

Beer lovers now have a chance to celebrate the anniversary every Wednesday from June 29 to Aug. 31. Those interested can enter the Experience Grand Rapids 10 years of Beer City USA contest. Winnings include a Grand Rapids beer experience, an overnight stay in a Grand Rapids hotel, two culture passes and a Visa gift card.

Anyone over the age of 21 can enter, and entrants must be registered on the Beer City Brewsader app to qualify. Click here for the full giveaway rules.

Below are the different winnings that will take place over the 10 weeks:

From Brewery Vivant to Founders Brewing Company, the Grand Rapids area has its fair share of breweries. Founders Brewing Company started in 1997 after becoming the city’s largest brewery. They helped shape the beer culture within Grand Rapids. A 2019 study by the Anderson Economic Group LLC reported that 94,000 people visited the Beer City and spent close to $24 million in Kent County that year alone.

Below is a map of Grand Rapids breweries:

If you plan on visiting, download the Beer City Brewsader Passport!

Want to have brew news sent straight to your email? Click here to sign up for ClickOnDetroit’s newest newsletter Craft & Barrel.

Here are some other Brew News making headlines:

Treasury brews up ideas for a more competitive beer market

A look inside one of Michigan’s largest distilleries