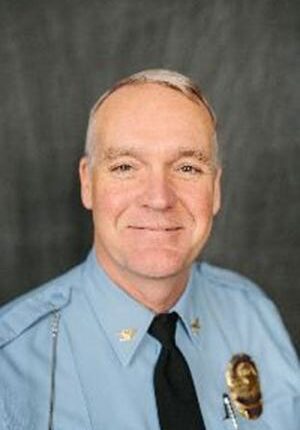 CHARLEVOIX — Charlevoix’s former police chief resigned in the midst of a sexual harassment investigation, according to a report released to the public Nov. 21.

The report from city attorney Scott Howard provides previously unknown details surrounding the abrupt resignation of ex-chief Gerard Doan on Oct. 31 and the events that led to the city conducting a formal investigation surrounding complaints from a police department employee.

Doan, who is married, was alleged to have engaged in a pattern of “repeated and regularly inappropriate conduct based on sex resulting in a hostile work environment.”

The investigation found the employee’s sexual harassment allegations to be credible and supported by evidence — in particular, statements from other individuals in the police department who supported and confirmed the accusations against Doan.

The misconduct was alleged to have started shortly after the employee who made the complaint was hired and to have escalated throughout her employment; it ultimately culminated in an incident that prompted her to make an official complaint to city manager Mark Heydlauff on Oct. 13. Doan was placed on administrative leave the following day and remained so until his resignation two weeks later.

It is alleged that Doan made continual and unseemly comments “about women’s bodies, dress, appearance and physical fitness” and shared unwanted details about his personal sexual activity, according to the report. He was also alleged to have given the employee gifts and unwanted special treatment and orchestrated certain events or scenarios in order to spend time with her.

This conduct made the employee so uncomfortable “she felt that she would need to look for other employment.”

Given his role as her supervisor, she feared retaliation if she declined him or asked him to stop his behavior, according to the report.

Two recent incidents precipitated the employee filing the complaint. The first was an incident in which Doan interjected himself in a personal matter of hers that resulted in an undesired ride in his personal car during work hours and a subsequent unwanted trip to Doan’s house. The complainant felt she had to ride with him in the car “because he was her boss” and believed he had orchestrated the situation so that she “would have to be alone with him at his house.”

Subscribe:Subscribe for the latest in local news

The second incident was when Doan made an inappropriate sexual comment to the complainant in the presence of a witness.

The report concludes that Doan violated federal employment regulations and several city policies meant to protect employees from sexual harassment, including both quid-pro-quo sexual harassment (“this for that”) and hostile work environment harassment (repeated instances of offensive and unwelcome conduct based on sex that causes an uncomfortable and unproductive work environment for the employee). Including the prohibition of employers from retaliating against employees based on an employee’s opposition to discrimination.

It read, “Chief Doan’s repeated and pervasive gender-motivated and inappropriate conduct … is prohibited by Title VII (of The Civil Rights Act of 1964) and constitutes a violation of the city’s equal employment opportunity and workplace harassment policies, as well as the police department’s policy and procedure for working with workplace harassment.”

With the knowledge gathered from the investigation, any future misconduct by Doan could have exposed the city to a risk of liability. However, Doan is not being charged with any crimes as a result of his actions, according to city manager Heydlauff, and is not involved in any civil suits either, according to Charlevoix county officials.

Doan’s firing would have been recommended as a result of the findings had he not preemptively resigned, the document stated, “given the sheer volume and pervasiveness of his misconduct.”

City council approved the release of the document to the public at its Monday night meeting.

The city manager consulted with the complainant prior to recommending the release of the investigative document to council.

Councilman Richard Spring commended the individual who filed the complaint.

“This person did a brave thing coming forward at a time when it is really difficult to do that and now this person is doing another brave thing … with the release of this information,” Spring said.

When asked if he felt the city handled the situation well, city manager Heydlauff said he had never encountered a similar situation and consulted the city attorney on how to proceed. The result was Doan being placed on administrative leave the day after the complaint was made and a third-party law firm from Traverse City was hired to do an independent investigation. Specifically, the city asked for a recommendation on whether Doan should be allowed to return.

“It’s hard for me to say whether we handled this well, but having an outside perspective and independent eyes look at all aspects of the case hopefully made it more comfortable for the complainant to share concerns and to have a full accounting of the issues,” he said, also stating that in the aftermath of the findings the city will be working to update policies and training.

“No one should feel uncomfortable at work and we’ll continue to address ways to make the workplace better,” added Heydlauff.

In response to the report, Doan’s attorney Mary Beth Kur made a statement via email to The Courier.

Kur said her client cooperated fully with the investigation and that “he was very honest during the interview done by the investigator.”

The investigators, however, noted Doan’s “perceived dishonesty at certain points of the interview” and cited that in their report as a contributing factor recommending his termination.

“He acknowledged that mistakes were made by him in the workplace and he was very apologetic,” wrote Kur, who also wrote that “he never, ever meant to make anyone feel uncomfortable in the workplace or otherwise.”

Doan had been with the Charlevoix police force since 1999 and was promoted to chief in 2005.