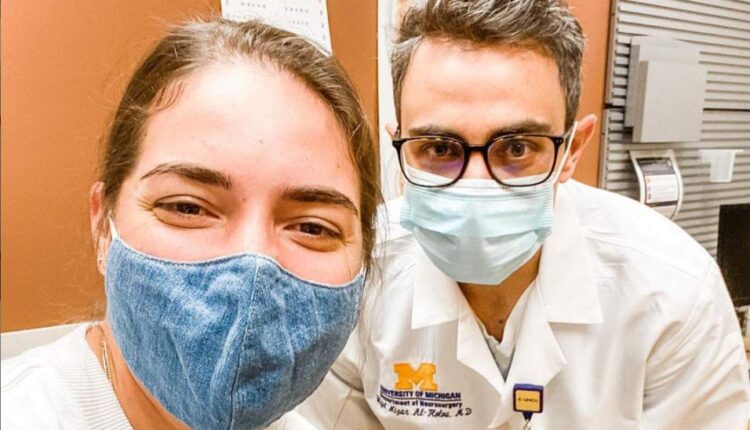 Brain cancer patient raises $ 80,000 for her neurosurgeon at the University of Michigan

ANN ARBOR – The impact doctors have on their patients’ lives can be profound, and one local patient has chosen to give back on a large scale.

Christina Costa, 28, was busy doing her PhD in psychology from the University of Michigan in late 2019 when she started experiencing migraines and dizziness. After several months of pain and no improvement in her headache, she was referred to a neurologist and performed an MRI in late July 2020.

On the day of the scan, she received a call from Michigan Medicine late that night.

Pathology confirmed that Christina had an astrocytoma one grade below glioblastoma – the most aggressive type of brain tumor. She said her neurosurgeon, UM alumnus Dr. Wajd Al-Holou, made an immediate impression on you.

“From the second he went to the emergency room to the time he had surgery, he was just so wonderful,” said Costa. “Where the tumor is, it’s a very difficult position and it’s very large. He thought he could get 70% of it and get 98% out in a 13 hour operation. “

Grateful for his guidance and a successful process, Costa knew there was something she wanted to do for him, but she didn’t know what.

Her friends had raised money through a fundraiser so that she could save her eggs during the trial. At the time of her diagnosis, she and her husband were already considering raising a family.

She contacted UM’s Neurosurgery Department, which gave her the idea of ​​making donations for Dr. Al-Holou’s research since he was a new faculty member.

She started selling t-shirts on Instagram in late 2020 to help Dr. Surprise Al-Holou with the funds in January.

“Last week in December, an anonymous donor reached out to me and said, ‘I want to agree with everything you do,” said Costa. “It was so incredible.”

After collecting $ 40,000 alone, the donor matched each dollar raised and presented Dr. Al-Holou received a gift of just over $ 81,000 in January.

“We did it on Zoom,” she said. “He explained some of his research and what he’s doing, which is so cool to see. He was just so grateful. He said that kind of money could speed up his research. Something he would normally do in four years, he could do in one. “

You can see the video of the moment she surprised him on the post below:

But Costa doesn’t stop there. She has just published an initial collection of poems that she wrote mostly in waiting rooms during her trip. “Kiss Your Brain: Diagnosis Diaries” is already the number 1 new release on Amazon in the categories “Poetry by Women” and “Psychologist Biographies”.

Costa has over 67,000 followers on Instagram and has used the platform to share her journey with the world, including post-surgery and radiation photos.

She hopes her experience will touch others who are going through a similar challenge.

With her first round of chemotherapy and radiation on her back, Costa said she was feeling fine as she steps into her final academic year to earn her doctorate.

Click here to visit their Kiss Your Brain for Research shop.