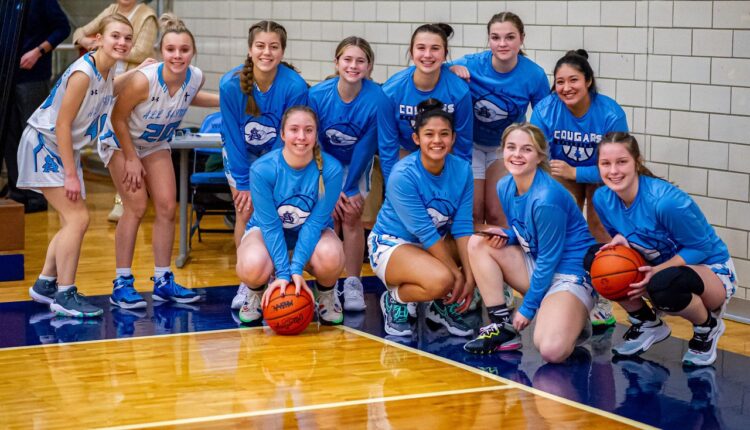 BAY CITY, MI – A look at the high school sports scene in the Bay City area for Dec. 15, 2022. Area coaches are asked to submit results, highlights and comments the night of each event by emailing [email protected]

Bay City All Saints may have entered the game as the underdog.

All Saints took Deckerville the distance, coming up one bucket short of an upset in a 29-28 road loss.

“We made progress tonight against a really tough Deckerville team,” All Saints coach Mike Debo said. “We gave ourselves a chance to win on the road, and hopefully that will help us moving forward. If we play like this, we’ll be successful on several nights.”

All Saints (2-3) was held below 30 points for the fourth straight outing. But its defense was equal to the task, sending the game into the final minute knotted at 28-28.

Deckerville’s Emma Salowitz hit 1 of 2 free throws to take the lead, then the Eagles (4-2) held their breath as All Saints misfired on the final shot on a drive inside the paint. The victory gives Deckerville a four-game winning streak.

Libby Tank led Deckerville with 11 points as the lone player to reach double figures in the defensive showdown.

Tawas roared to an early lead and kept Houghton Lake at arm’s length the rest of the way for a 73-56 victory.

Tawas built a 22-6 advantage after one quarterback and never relinquished it while playing solid throughout the contest.

Brady Gehrett of the Gladwin boys basketball team for 2022-23.

But with a victory in sight, the fourth quarterer belonged to the Flying G’s.

Gladwin sank his free-throws down the stretch to finally pull away for a 49-34 victory in Jack Pine Conference play.

“The best thing I can say about this one is we found a way to close it out in the end,” Gladwin coach Mike Verellen said. “We played really flat for about three quarters of basketball. Going 9-for-13 on free throws in the fourth quarter was huge for us.”

Au Gres couldn’t contend with Alcona in a 64-28 loss, but the Wolverines showed a bit of spark along the way.

“The boys had an extreme amount of progress shown tonight,” first-year coach Chase Blackmore said. “Moving the ball, being more aggressive toward scoring and rebounding… The kids are moving around and losing their defender.”

Alcona, which raced to a 20-4 first-quarter lead, got 18 points from Evan Borsvold and 13 from DJ Howe.

Essexville Garber is asking some new swimmers to tackle important roles this season.

And they’ve answered the call.

Sparked by a sweep of all three relays, the Dukes scored a 102-69 victory over Caro in his home-opening Independent Swim Conference dual.

“We have people in A relays who were not last year, and they have really stepped up in the role,” Garber coach Erin Dowd said. “The team as a whole has discovered what it means to compete, to push yourself.”

Cameron Callahan, Connor Dowd and Chance Owen each won four events for Garber, with Callahan claiming the 100 and 200 freestyles, Dowd taking the 200 IM and 100 buttefly and Owen winning the 50 and 500 freestyles.