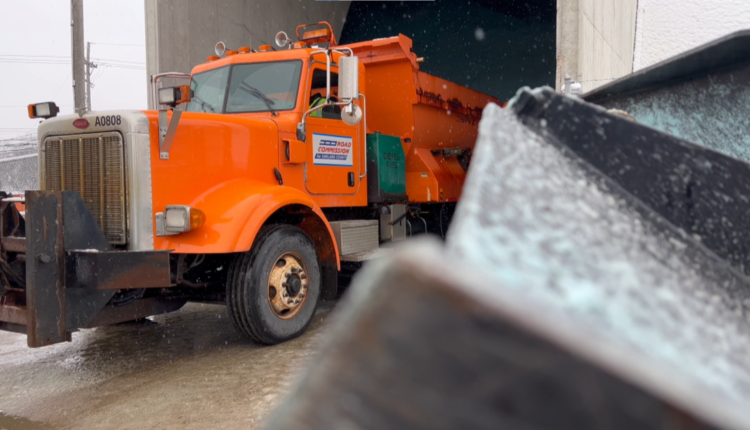 All hands-on deck for road crews in Oakland County

SOUTHFIELD, Mich. (CBS DETROIT) – With all this snow comes some serious cleanup by our road crews.

Before the snow started to fall Wednesday morning, truck drivers made sure to hit the road on Tuesday night to get a good layer of salt down.

Oakland County is about 2,700 miles of roads. Bring in just over a hundred drivers and it’s all hands-on deck at the County’s Road Commission.

“It’s just a matter of loading the trucks with salt, jumping in the truck and getting out on the road,” Bryson stated.

“Salt runs are about 35 miles or so and they take about 2 hours to complete. The salt is actually mixed with liquid brine as it comes out the back of the truck. Liquid brine is naturally occurring saltwater which is sprayed onto the salt that allows it to work more efficiently and faster,” said Bryson.

Being a driver for the road commission, James Smiley see’s it all.

“Lots of accidents that could have been avoided if people just slow down,” said Smiley.

Those behind the wheel also try to pass or tailgate these trucks which Smiley says is risky.

“On the back of every one of our trucks it tells you to stay back a certain distance,” Smiley stated.

Five to six car lengths to be exact.

“When you see our trucks, please give them the space they need to do their jobs,” said Bryson.

Overall, crews are and have been ready to brace these roads and are doing their part to keep you safe.

“We’re trying to get a good layer of salt down, try to grade as much of the slush off the road as possible,” Bryson stated.

Bryson also says depending on how much snow comes Wednesday night and the next few days, crews will be out two, three potentially four days to get everything cleaned up.

Growing up in Metro Detroit, joining the CBS News Detroit team is a lifelong dream for Alysia Burgio.