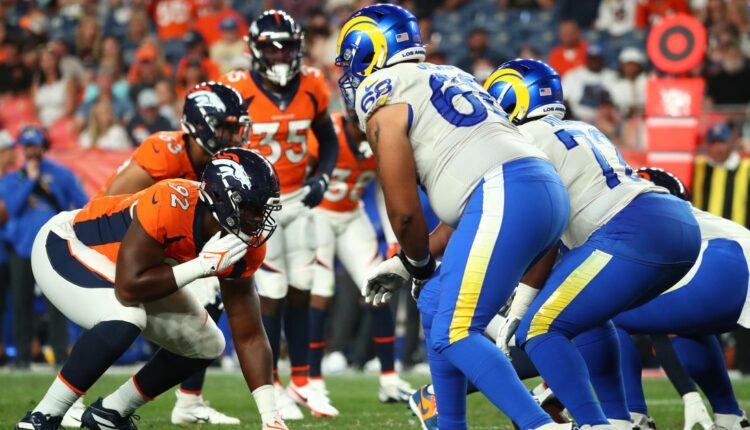 2023 NFL Draft order: What’s on the line for Lions in Broncos vs. Rams

The Detroit Lions’ playoff odds are far from completely dead, but the team’s uninspiring performance on Saturday against the Carolina Panthers has some fans looking forward to the 2023 season. While I’m still focused on the final two games of the season, I’m also a people pleaser. And so if you’re onto the 2023 NFL Draft, I’ve got you covered.

There is still plenty on the line for the Lions when it comes to next year’s draft thanks to the complete failure of the 2022 Los Angeles Rams. Detroit still has one remaining pick left from last year’s Matthew Stafford trade—the Rams’ 2023 first-round pick. As of right now, that pick slots in fourth in draft order, but that could change pretty dramatically on Sunday.

So what exactly is on the line for the Lions? Let’s start by looking at the current draft order:

What’s on the line is very simple: if the Rams lose, that pick jumps a spot to No. 3. If they win, the pick drops all the way to No. 7.

But beyond that, we can already start to surmise the limits of where the pick will end up with just two weeks left in the season.

If the Rams lose and fall to 4-11, their pick could still be as high at No. 1 overall and it can’t fall any lower than 11, seeing as they could max out at six wins. Theoretically, they could fall to 12, but the Packers’ strength of schedule isn’t likely to shift that dramatically.

The best news out of all of this is that Rams’ final two games are going to be difficult. With no Matthew Stafford, Cooper Kupp, Allen Robinson, A’Shawn Robinson and likely Aaron Donald, the Rams will go on the road against teams still playing for something: the 8-6 Chargers and 7-8 Seahawks. (NOTE: The Chargers can clinch a playoff spot on Monday with a win, but they’ll likely be jockeying for playoff position.) If the Rams lose those two games, their pick won’t be any lower than No. 7, even if they beat the Broncos on Sunday.

And here’s the most important and exciting note of all: If the Rams lose out, their pick will finish between first and third overall (unless the Cardinals lose out and their strength of schedule shifts dramatically).