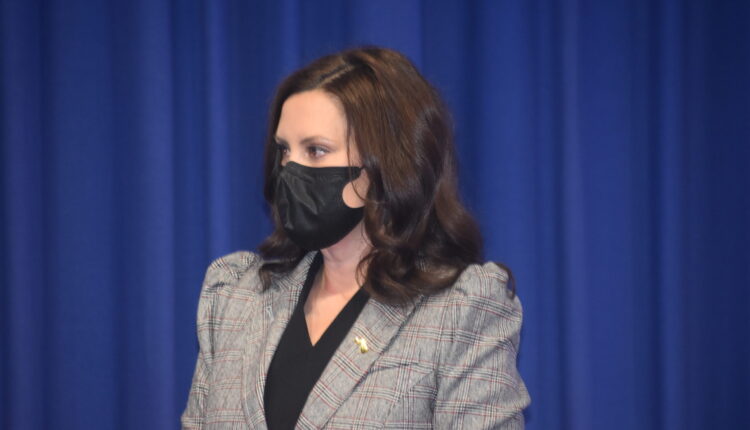 Three men convicted for supporting a plot to kidnap and assassinate Gov. Gretchen Whitmer have been sentenced to prison.

Pete Musico, 44; his son in-law, Joe Morrison, 28; and Paul Bellar, 24, were sentenced on Thursday by a Jackson County judge after a jury convicted the trio in October of providing “material support” for a terrorist act, which carried a maximum term of twenty years behind bars. They were also convicted of membership in a gang and felony firearms counts.

Assistant Attorney General Sunita Doddamani argued for tough sentences for all three defendants. In Bellar’s case, she noted that he had many multiple statements about wanting to do serious violence.

“We’re not just talking about inappropriate comments, Judge, or concerning comments,” she said. “We’re talking about comments, and these are all admitted evidence, saying things like, ‘I hope the cops put their back plates in tonight,’ you know, because he wanted to shoot cops in the back,” adding that he had also stated, ‘I swear to God, I’m going to f–king Molotov her house,’ in reference to throwing a Molotov cocktail in the governor’s house because he was mad at her pandemic restrictions. These are not just inappropriate comments.”

The sentences followed a recorded victim impact statement from Whitmer, in which she said she and her family had changed as a result of the plot, and asked the judge to impose a sentence that “meets the gravity of what they have done,” adding that “our system is stronger than plots created in basements.”

Defense attorneys had unsuccessfully sought to prevent the statement from being played.

Prosecutors said the gang the three were convicted of being part of was a paramilitary group known as the Wolverine Watchmen, which they described as a criminal enterprise that trained to attack Whitmer’s northern Michigan vacation home, open fire on her security detail and then kidnap her.

In all, seven men have either been convicted or entered pleas in the plot, including Adam Fox, 39, and Barry Croft Jr., 46, who were previously found guilty in federal court. They will be sentenced later this month.

An initial trial found two others, Brandon Caserta and Daniel Harris, not guilty.

Two other defendants, Ty Garbin and Kaleb Franks, earlier pleaded guilty as part of a deal to testify for prosecutors. Garbin was sentenced to 2 1/2 years in prison. Franks was ordered to serve four years.

Testimony during the trial indicated the defendants held several practice raids in rural Jackson County alongside Fox, who targeted Whitmer in retaliation for her COVID-19 restrictions early on in the pandemic.

Jurors also were presented evidence that the plotters sought to start a civil war that would create chaos in the days leading up to the 2020 general election.

Defense attorneys argued at trial that the three men had broken away from Fox prior to the plot taking shape and noted they were not among those who traveled to northern Michigan to scout Whitmer’s vacation home nor did they take part in a training session inside a “shoot house” located on property Garbin owned in Lake County.

They also attacked one of the undercover informants used by the FBI, Army veteran Dan Chappel, who said he had joined the group to maintain his firearm skills, but then went to authorities after discussion among the group turned to making plans for attacking police.

They are due for a pretrial conference on Monday.

Jill Sill: Embracing winter by getting out there | GO