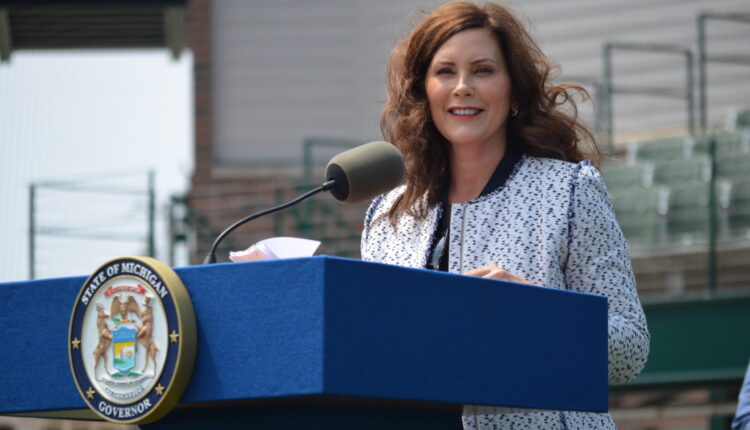 With a stroke of her pen Wednesday afternoon, Gov. Gretchen Whitmer signed the rest of the state’s Fiscal Year 2023 budget and vetoed line items that directed money to anti-abortion pregnancy resource centers.

The $76 billion budget, which has garnered bipartisan support, focuses on investments in the economy, Michigan’s workforce, public health, and public safety.

“Today, I am thrilled to sign my fourth balanced, bipartisan state budget that delivers on the kitchen-table issues that matter most to working families, was done on time, and does not raise taxes by a dime,” said Whitmer. “I look forward to working with the Legislature and furthering this spirit of collaboration to invest the billions of dollars in additional revenue we still have on the table to offer real relief to families right now, especially as they face rising prices on groceries, gas and other everyday expenses. I will work with anyone to put Michiganders first and get this done.”

Chang, who represents the district where the news conference was held, pointed out that the budget has funding for the Detroit Police Athletic League (better known as Detroit PAL,) Detroit Public Schools Community District, Charles H. Wright Museum of African American History, and the Karmanos Cancer Institute, among other institutions.

“It’s an historic budget across the board, so we’re super excited about it,” said Chang.

Hertel and Stamas pointed out that the budget process was bipartisan.

“The most important thing that we can remember is that when we work together the people of Michigan win,” said Hertel, who serves on the Senate Appropriations Committee.

“We stayed focused on Michigan families, we stayed on health care, public safety and infrastructure. I was very pleased overall,” said Stamas, who chairs the Senate Appropriations Committee.

The FY 2023 budget includes a $180 million deposit to the state’s rainy day fund, bringing the total balance to $1.6 billion — an all-time high.

The Democratic governor, who has been a longtime advocate of abortion rights, vetoed more than $20 million of anti-abortion line items, including $10 million for an adoption-over-abortion marketing program, $3 million for anti-abortion pregnancy resource centers and $100,000 for a legal defense of a ban on gender reassignment surgeries for people in state prisons.

“Governor Whitmer has been clear that women and qualified medical providers should be making health care decisions—not politicians,” Whitmer spokesman Bobby Leddy wrote in an email regarding the vetoes. “While politicians in other states rush to ban abortion, even in instances of rape or incest, Michigan must remain a place where a woman’s ability to make her own medical decisions with her trusted health care provider is respected.”

Leddy went on to say that anti-abortion pregnancy resource centers “often use deceptive advertising that target young women and women with low incomes who are seeking abortion care, painting themselves as comprehensive, licensed health care clinics that provide all options, and then lie to women about medical facts.”

Whitmer “cannot support aspects of a bill that sends millions in taxpayer dollars to fake health centers that intentionally withhold information from women about their health, bodies, and full reproductive freedom,” Leddy wrote.

“As good as this budget is, it should have been even better,” Albert said. “Whitmer inexplicably rejected more than $20 million to promote adoption and help women facing a crisis pregnancy. To be clear – this funding was not about access to abortion. It’s about helping women in need and actually sustaining life, and I am profoundly disappointed that the governor would veto this assistance.”