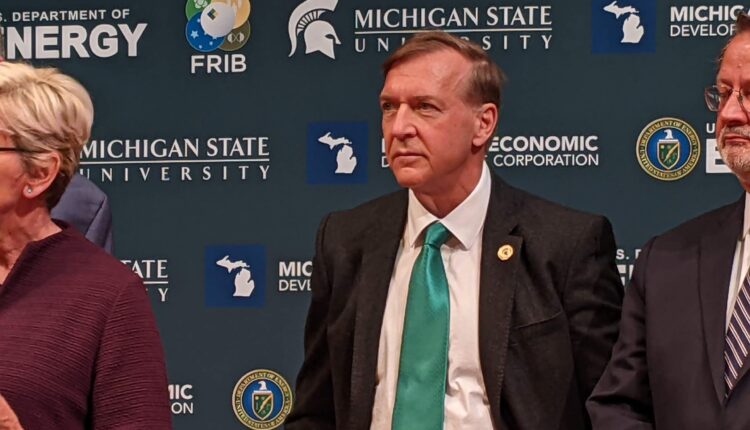 What’s going on with the MSU president and the Board of Trustees? ⋆

Michigan State University President Samuel Stanley Jr. broke his silence Tuesday night amid continued speculation and controversy about the fate of his tenure, but many more questions than answers still remain.

Both leaders are embroiled in a controversy surrounding Woodruff’s move last month to oust Sanjay Gupta, the dean of the Broad College of Business. Stanley approved the action.

It was then reported over the weekend that the MSU Board of Trustees (BOT) — aside from Chair Dianne Byrum — had given Stanley until Tuesday to resign or be fired. As of Wednesday, he remains in his position.

MSU spokesperson Emily Guerrant has since denied that such an ultimatum was proposed.

“Culture change is difficult, so it’s not completely surpris[ing] that the provost’s decision to hold the Dean of the College of Business accountable for failures of leadership related to Title IX was controversial with some members of campus,” Stanley said in his speech Tuesday evening.

“But I was very surprised when the board announced that it was hiring outside legal counsel to review this decision,” he continued, reiterating that Gupta served in his role at the will of the provost and Woodruff was “well within her rights” to oust him.

Stanley added that outcomes like Gupta’s resignation related to Title IX cases are not subject to BOT appeals, and it is important to not let “micromanagement and partisan politics” get in the way of the university’s mission.

Following the two previous MSU presidents being ousted over mishandlings of Title IX cases, Stanley was hired in May 2019 after serving as president at Stony Brook University.

Concerned that the BOT may push a third MSU president to meet the same fate, leaders of the MSU Faculty Senate expressed “grave concern” over the lack of transparency. The nearly two-hour meeting Tuesday evening eventually resulted in a resolution adopted by Faculty Senate members that reads in part:

“Whereas, recent actions of the Board of Trustees — including inappropriate involvement in academic management, unbecoming statements to the press, and a general lack of transparency — violate best practices for good governance;

“Therefore be it resolved, the Faculty Senate has been disappointed with the lack of transparency and prior actions noted. In order to maintain full confidence in its Board of trustees … the Faculty Senate requests that the board of Trustees hire a professional governance firm within the next 60 days and undergo professional development, which shall include the President of the University.”

Before its adoption, several variations of the resolution ranged from discouraging the BOT from taking further action, condemning their conduct and even calling for all members of the BOT to resign.

$200,000 in grants made available to Lansing artists