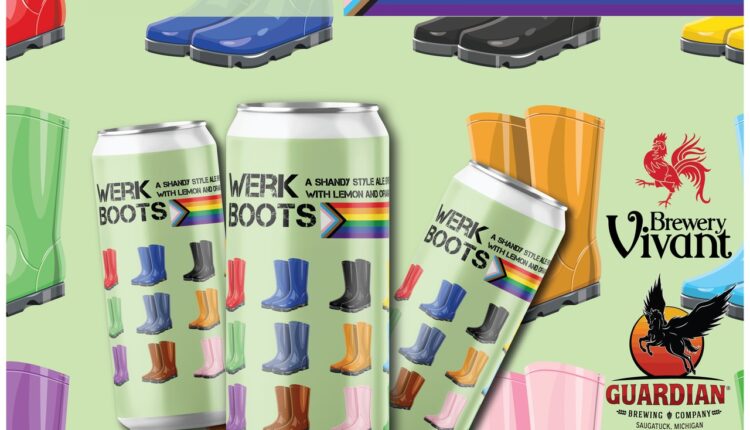 Werk Boots, created by Grand Rapids-based Brewery Vivant and Saugatuck-based Guardian Brewing Company, is a shandy-like beer, with a lemon forward flavor with notes of hoppy orange and a citrus tang.

Dry, effervescent, crisp and tart, the beer was made by Kim Collins of Guardian Brewing and Ciaran Leask of Brewery Vivant, and will be released Thursday, June 9.

“This has been a dream of mine since I started brewing with Brewery Vivant,” Leask said. “I worked with Kim to decide on a style and to write the recipe. We had a brew day at Guardian, inviting our fellow queer brewer, Kodi from North Center Brewing, and we had our brew day at Vivant with local LGBTQ folk, Bri of Grand Rapids Pride Center and Casey of Elk Brewing. It was an amazing experience to be able to gather a group of like-minded beer queers from Michigan and just do what we love — make and talk beer.”

The beer will be available at Brewery Vivant on draft and in cans, and on draft at Guardian Brewing.