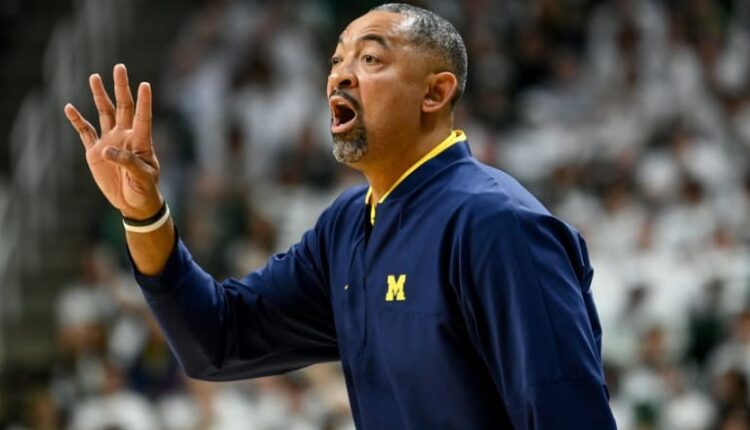 Juwan Howard and the men’s basketball team hit the road for the first time of 2023 on Saturday when the Wolverines traveled west to East Lansing to take on Michigan State. Howard entered the game having not won in any of his previous three attempts at the Breslin Center, and that streak continued on Saturday.

An abysmal offensive performance — particularly in the first half — set Michigan up for a tough task in the second half, and the Wolverines couldn’t overcome it. Here are three takeaways from the 59-53 loss.

This is probably the most glaringly obvious takeaway. Michigan struggled at the main goal of basketball: putting the ball in the basket. Michigan’s 18 first-half points were by far the lowest in a half of the season, and there was no rhythm to speak of on the offensive end of the floor.

Luckily for Michigan, the Spartans were struggling to find the bottom of the net, too, so it was only a nine-point half-time deficit. After trolling Michigan State publicly, Hunter Dickinson was essentially a non-factor in the first half of the rivalry game.

Much to the surprise of Big Ten basketball fans, Michigan bounced back from its horrific loss to Central Michigan with back-to-back Big Ten wins. The Wolverines were playing great basketball, and they were one of the hottest teams in the conference.

However, all of the momentum that they had built in games against Maryland and Penn State was lost on Saturday at the Breslin Center. Michigan State had Michigan’s number, and although Michigan made a run late in the second half, Michigan State was able to hold off the Wolverines.

It truly is a mystery how, after two of the best games of the season, Michigan can come out as flat as it did on Saturday afternoon in a rivalry game. Despite the tough loss, Michigan is still in a pretty decent position.

The Big Ten doesn’t seem to have any dominant teams this season, and that might help Michigan in the long run. The Wolverines still sit near the top of the conference standings with a 3-1 record. Additionally, the lone undefeated team alongside Michigan, Wisconsin lost earlier on Saturday to Illinois.

Some of the teams that were thought to be tough heading into the season may not be as big and bad as people had originally thought. Indiana, Illinois and Iowa are all below .500 and although it lost, Michigan is still right atop the Big Ten standings.

The Wolverines will head to Iowa City to take on the Hawkeyes on Thursday. If Michigan can get back on track against Iowa, it will be 4-1 and still right where it wants to be as January continues.

Discuss this article with our community on our premium message boards

Not a subscriber to Maize & Blue Review? Sign up today to gain access to all the latest Michigan intel M&BR has to offer

Subscribe to our podcasts: Apple Podcasts, Google Podcasts and Spotify

See which Grand Rapids-area projects got $17.3M in congressional earmarks