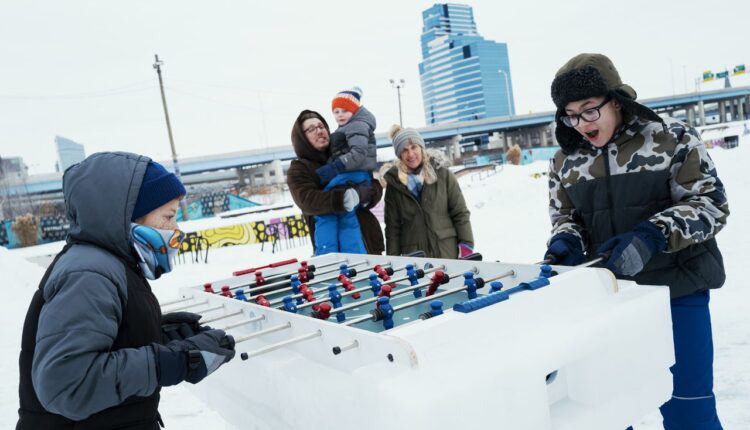 GRAND RAPIDS, MI — The World of Winter festival is returning to downtown Grand Rapids next month with more than 100 outdoor art installations and free events including ice sculptures, a silent disco, a drag show, live music, walking tours and more.

The festival, created by Downtown Grand Rapids Inc. (DGRI), an organization that coordinates development and placemaking in the city’s urban core, is scheduled to run from Jan. 6 to March 5.

“The main goal here is just to provide a way for people to get out and enjoy downtown Grand Rapids in these winter months,” said Bill Kirk, spokesperson for DGRI.

Events big and small are planned throughout the two-month festival.

A full list can be found on the festival’s website, worldofwintergr.com, but highlights include a Jan. 11 walking tour highlighting the outdoor art installations scattered throughout downtown. World of Winter will feature about six large-scale installations in public parks and spaces, one of which, known as Roaming Gnomes, is sure to catch people’s attention.

The installation features eight, large inflatable gnomes, each of which is different and illuminated, at Ah-Nab-Awen Park. Another eye-catching installation is Talking Heads. The exhibit, on the Gillett Bridge, features two large heads lit by roughly 4,000 lights. The lights can be manipulated to change the facial expression on each head.

At Calder Plaza, attendees will find House of Cards, a large-scale installation featuring 128 light boxes in the form of playing cards. DGRI worked with 10 local artists to create some of the images that will be displayed on the cards. Those images will stay with the exhibit as it travels the globe following its appearance at World of Winter.

Other highlights include an outdoor drag show on Jan. 14 at Calder Plaza from 11 am to 4 pm The event, sponsored by Michigan Drag Brunch, will feature brunch from local food trucks and a performance by Brooke Lynn Hytes, a drag queen that promoters describe as “equal parts ballerina, showgirl, and 90′s supermodel.”

Family friendly events at the festival include a cultural story time series. Held at Studio Park Piazza, 121 Ionia Ave. SW, the event on Jan. 29 will feature a story that will highlight a different cultural organization and folklore from their culture.

There’s also scavenger hunts, and a Great Lakes Snow Snake Competition on Feb. 5 from 11 am to 4 pm at Sixth Street Park.

Snow snake is “a traditional Northern Native American game of sport dating back to over 500 years ago,” according to the event’s website. “The game’s object is to throw the snow snake the farthest distance along a smooth trough made in the snow.”

Kirk urged those interested in the festival to check the event’s website and DGRI’s social media channels where regular updates about the festival and events will be provided.

Michigan population forecasted to develop, but many rural areas will lose people