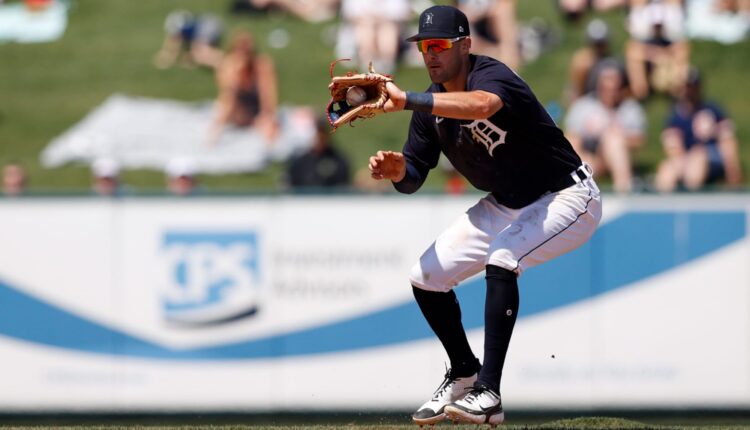 The Detroit Tigers season is not off to the smoothest of starts; that is easy to see by watching this team. Making a move to shake things up and stir the pot could be in the cards, even though it’s very early. Momentum is going to be huge for this team.

One of the things the Detroit Tigers could do is mortgage some of their extra prospects to try and bring in an upgrade. With areas to improve upon, it’s not the most outlandish thing to think about. But there is one issue with that, perhaps the best trade chip the team has in the minors, which can be moved without much concern, is now hurt.

Prospect shortstop Ryan Kreidler sustained a fractured right hand while playing for the Toledo Mud Hens in Triple-A. It’s a real blow to the team’s trade chips with the Tigers bringing in Javier Báez to fill their shortstop needs this offseason.

It’s not that Kreidler is the top prospect in the organization, but he’s got serious potential and is someone the team could consider exploring trades with. But this injury will put a wrench in any early-season panic moves or an early-season shakeup.

With his fractured hand, he will likely miss a few months. No official timetable is set, but it was announced that he needs to undergo surgery. With a long road to recovery ahead of himself, it puts a wrinkle in the idea of ​​the Tigers trading the prospect shortstop anytime soon.

Kreidler certainly has value, and it seemed like the team was going to trot him out there in 2022 if they did not go out and sign Báez. Hopefully, with a speedy recovery, Kreidler can get back on the field and start working on getting back on track.

There’s still going to be a chance he becomes a trade chip, but for now, the focus should be on Kreidler making a healthy and swift recovery for the Tigers organization.

One hoped after rollover crash at Lansing