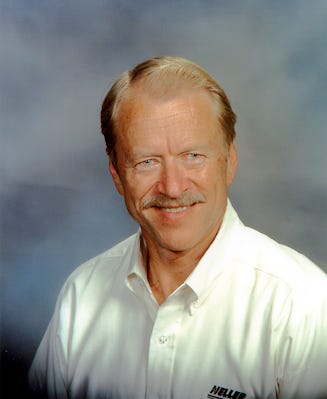 Peter Krarup Rosenkrands, aged 77 years and residing in Bloomfield Township, passed away unexpectedly on December 28th, 2022. Pete, as he was affectionately known by family and friends, was born on March 5th, 1945 in Copenhagen, Denmark. He immigrated to the United States with his family at the age of 7 and was raised in Detroit. He attended Redford High School in Detroit and went on to complete bachelor’s degrees in electrical engineering and engineering physics from the University of Michigan. After graduating, he served in the US Military in the 11th Armored Cavalry Regiment of Vietnam and Cambodia. He then raised his family in Birmingham, Michigan and spent nearly 20 years in the Brighton/Howell area later in life. Pete was a man whose capable and loving presence was a deeply positive influence on the lives of so many. As a devoted father and grandfather, he was a brilliant role model adored by his children, grandchildren, and extended family. He grew a thriving manufacturing business, AB Heller Inc., atop a foundation of integrity and respect for those he worked with. He was a community leader who spearheaded efforts to encourage strong math and science education and add effective, empowering vocational manufacturing skills training to the Oakland County educational system. And he was a cheerful, active parishioner in the spiritual communities of the First Presbyterian Church in Birmingham and the Chilson Hills Church in Howell. Pete held many more roles throughout his lifetime including coach, sailor, pickleball player, scuba diver, mentor, traveler, skier, kayaker, beloved uncle, revered boss, and community service advocate. Perhaps most importantly, he was a selfless, faithful and committed friend who went out of his way to develop, maintain, and grow an incredible number of close relationships over his lifetime. Those who knew him will be forever impacted by his deep kindness, generosity, and contagious positivity. He is survived by his two loving sisters, Birgitte and Anna, his three grateful children, Peter, Inge, and Kirsten, and his four beautiful grandchildren, Karina, Reese, Grant, and Seneca. He was preceded in death by his father, Johannes Walter Rosenkrands, and mother, Gudrun Krarup Rosenkrands. A memorial service will be held on Saturday, January 14, 2023, at 11am at the First Presbyterian Church in Birmingham, Michigan. The address is 1669 West Maple Road, Birmingham, MI 48009. All are welcome to attend. In addition, the service will be streamed live with a link we will post next week for those unable to attend in person. The family asks those wishing to honor Pete to consider a donation to either of two organizations that were important to him: Lighthouse Michigan or Meals on Wheels America.