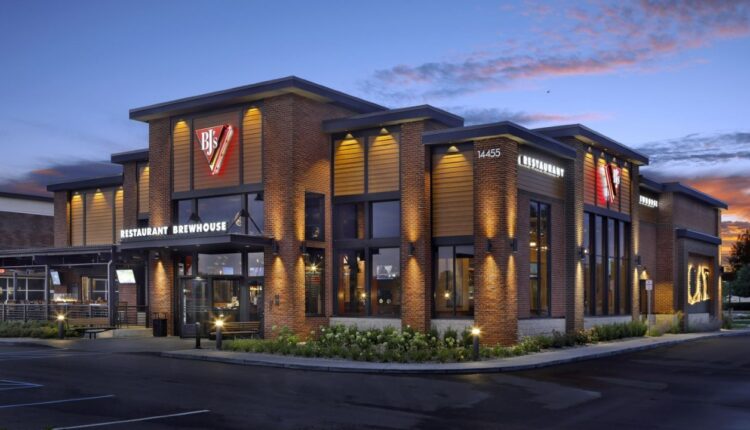 GRAND RAPIDS, Mich. (WOOD) — Even with a mountain of obstacles popping up, businesses have continued to choose West Michigan as a viable market.

Chris Prins with Dar Commerical Real Estate said that the retail market in Grand Rapids is still extremely active despite barriers for businesses and franchises like inflation and a tight labor market.

“We have such an entrepreneurial concept in this market,” Prins said. “We’re going to see more local flavor coming as well.”

The majority of the businesses entering the marketplace are food related but we’ll also see more spaces used for medical care, art and even child recreation.

Here is what’s coming to West Michigan in 2023:

Grand Haven will be getting its first CoreLife Eatery later this year. The restaurant is known for its bowls filled with fresh ingredients and hand-crafted beverages.

CoreLife will take over the space that used to be a Tim Hortons. This will be a smaller space than previous locations but it will have a drive-thru.

This will be the business’ fifth Michigan location. Previous spots can be found in Grand Rapids, Grandville, Ann Arbor and Portage.

Joyce Lunsford, the franchisee of the location, said she hopes for an opening in June, saying the allocation of equipment and construction delayed the opening.

22 West Michigan businesses we said goodbye to in 2022

Both Grand Rapids and Kalamazoo will be opening schools to teach children how to swim. The family franchise has over 130 locations across the country, including a dozen in Michigan.

The Grand Rapids spot at 2460 28th St. SE will open sometime after March. The Kalamazoo location is set for a late February or early March grand opening.

After previous success in the Michigan market, Condado Tacos will be bringing another restaurant to the area in 2023.

The first Condado Tacos built in 2023 will be located at 1880 Breton Road SE in Breton Village. It will be the second Grand Rapids location and seventh in the state.

The space will be 4,000 square feet and will have both inside and outside seating options for customers. Condado recently opened a Kalamazoo location with two floors, a first for the restaurant.

The opening is scheduled for the first quarter of 2023.

Cannabis microbusiness IndiGrow will be holding a grand opening for its downtown Muskegon location Jan. 6 with festivities continuing into the next day.

IndiGrow originally opened its doors in November but will now hold the ribbon-cutting ceremony at the store at 639 W. Clay Ave.

Everything sold by IndiGrow has been cultivated by the company itself. No outside products will be sold out of the store. The facility includes several grown rooms for the plants as well as a processing lab and kitchen to make edibles.

Those looking to participate in dry January will be happy to know that there is still a way they can enjoy the taste of alcoholic beverages without the side effects.

Alt City Beverage Company has been a staple at the Downtown Market’s Incubator Kitchen since 2019 and they now have plans to open a stand-alone location in Grand Rapids.

A grand opening for the location is scheduled for Jan. 11. Soon thereafter, the owners hope to launch their own line of nonalcoholic wines.

The store will be located near the corner of Broadway Avenue and Leonard Street and will have nonalcoholic beers, wine, spiritless cocktails and zero-proof bitters. Alt City is just one of a few non-alcoholic-focused businesses coming to West Michigan.

Carnitas El Cunado has plans of becoming a Grand Rapids staple with its “one-of-a-kind” approach to Mexican cuisine.

A spin-off of Tacos El Cunado, the Carnitas brand will focus on breakfast and brunch options. The parent company specialized in lunch and dinner Mexican favorites.

The new restaurant will be open from 6 am to 3 pm and serve fresh food, including its carnitas which will be made the day of.

It will be located at 315 Burton St. in what used to be the home of Burton Heights Pizza. That’s also down the street from Tacos El Cunado.

Carnitas El Cunado expects to have a soft opening the week of Jan. 9 and a grand opening shortly thereafter.

Nearly a year since it launched, one of Grand Rapids’ art institutions will be opening its first brick-and-mortar location.

cultivatewhich offers an art gallery, education courses and a resource center for artists in the area will be holding a grand opening ceremony on Feb. 3 after a soft opening on Jan. 6.

Once the site is officially open, it will host six contemporary art exhibitions per year, over 100 fine art classes, business courses and special events for local artists to take part in.

Cultivate will be located at 620 Wealthy St. SE.

over the last decade, has heart has been working to help veterans express themselves through art but the organization was without a permanent home. Until now.

The organization broke ground on its new coffee shop at Veterans Memorial Park in November with plans to open to the public on Memorial Day this year.

Has Heart puts up artwork from veterans in the park during ArtPrize every year. It is now working with the city on the coffee shop, which will go into a historical building at the park. Organizers hope that residents in the area will visit the gallery, view the art and drink some of their specialty coffee.

Nonprofit to supply coffee, understanding for veterans in GR

A new hotel will be welcoming guests in Ada later this year.

Ada House will be a three-story, 37,000 square-foot, 42-room boutique hotel at 7415 River St. across from Legacy Park and Thornapple River.

The hotel is inspired by the original Ada Hotel that served as the centerpiece of Ada Village for many years. Some of the amenities included at Ada House will be a restaurant and lounge, rooftop bar, outdoor patio and a gym.

The last update from Ada House still has plans for opening sometime this summer.

Corewell Healthformerly Spectrum Health, will be opening two new facilities in West Michigan later this year to both the Lakeview and Big Rapids communities.

The Lakeview Rural Health Clini will relocate the Lakeview Family Medicine practice, outpatient rehabilitation and walk-in clinic from its previous location to the new 15,800 square-foot building.

The Big Rapids Primary Care Building will be the first Corewell Health urgent care in the area and will free up space for care such as rehab and other ancillary services that are usually done at the hospital.

Both facilities are scheduled to open sometime this spring.

The Sovengarda Grand Rapids favorite, will be back to serving customers this spring after going through a relocation process last summer.

The restaurant will be staying on Bridge Street where it has been for several years but will be about a mile west closer to Valley Avenue NW.

The city of Grand Rapids approved the move in 2021 and the Sovengard has been holding op-up events since it went on hiatus.

The owners plan on opening up the new location this spring.

the first BJ’s restaurant in West Michigan is set to open at the Shops at CenterPoint mall this year.

What used to be a Toys R Us will now be housed by the restaurant chain. The closest location to Grand Rapids at this point is in Lansing.

The site has been vacant since 2018 and the Grand Rapids Planning Commission approved the special land use changes to allow BJ’s to use the space in July.

Typical American food will be found at the restaurant from pizzas to burgers to hamburgers but BJ’s is probably most known for its desert item: the Pizooki. The Grand Rapids restaurant will also sell alcohol and packaged beer and wine to go.

An official opening date has not been set but a representative for BJ’s said it would come sometime after March.

Harmony Hall is looking to enhance the popularity surrounding its beer by opening up a production facility later this year.

This new business will allow Harmony to meet their goals for distribution in 2023 while also being able to keep the original location open and operational.

Harmony Hall has been serving patrons for over 10 years and is run by three siblings. With the new facility, the hope is to be able to sell the craft brews to those in stores and restaurants across West Michigan.

The new building will be located near Gerald R. Ford International Airport and should be up and running in the next few weeks.

Have a business opening in 2023? Let Phil Pinarski know by emailing [email protected]

U.S. Senate opens a new session with a record set by McConnell ⋆