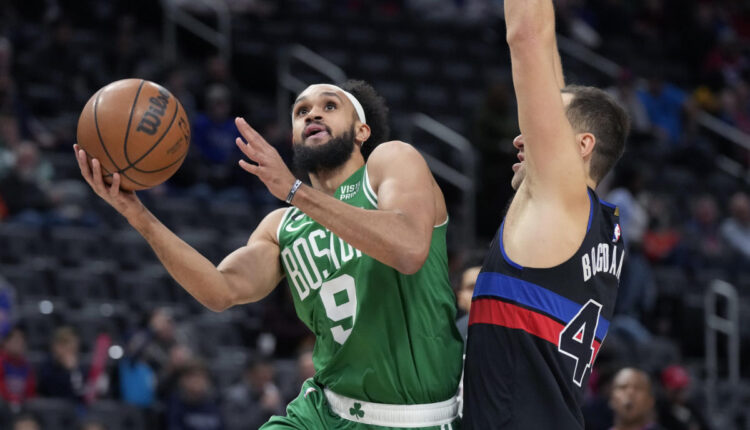 The Boston Celtics are now the owners of the NBA’s longest streak of winning games at a total of six after beating a plucky Detroit Pistons squad for the second time in a week — and this time on their home court and down a number of rotation players.

With no Al Horford, Jaylen Brown, or Malcolm Brogdon (or Robert Williams III or Danilo Gallinari, while we are at it), the Celtics called on the next man up with a 43-point explosion from superstar forward Jayson Tatum to secure the win . The victory now has the Celtics in sole possession of second place in the East, just a half-game behind the Milwaukee Bucks.

Let’s take a look at what people were saying about the game on NBA and Celtics Twitter.

Listen to the “Celtics Lab” podcast on: