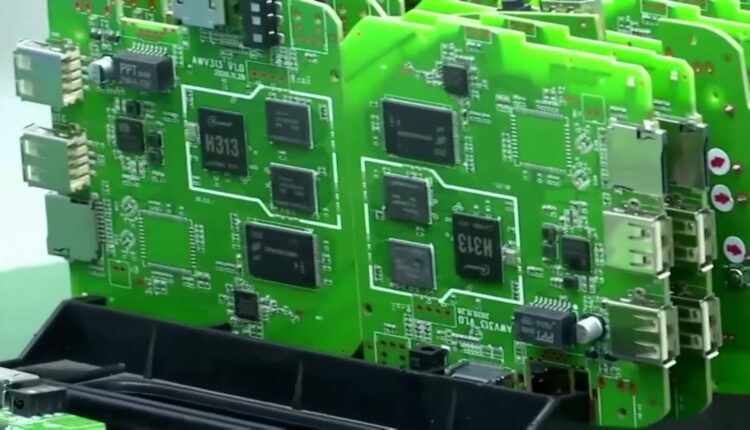 Microchip Shortage Sees Progress, Still Could Be Another Year Before Supply Returns to Normal

Some good news is on the horizon for the auto industry as local dealerships are finally seeing some relief from the microchip shortage.

Two years into the microchip shortage, local dealerships say they are seeing some light at the end of the tunnel.

“We’re dealing with it the best we can,” said Serra Traverse City General Sales Manager Mike McFarlan. “The good news is we have cars, we’re getting cars, people are ordering cars, even though they don’t see the cars maybe out on the lots per say.”

At the start of the shortage, it was hard to get the parts needed.

“When you shut down the entire world economy, we discovered that the need was still there for chips, so chips went to other manufacturers of the technology industry, cell phones, washers, dryers,” said Fox Grand Traverse General Manager Tom Gordon. “When the auto industry shut down, the manufacturers of chips just moved their allocation to other sources. When we fired back up, we find out we’re at the back of the line.”

And there was more to just the microchip shortage that made inventory so bad.

“Inventory levels have obviously been affected, not just with microchips, but supply chain interruptions, the Covid shutdowns throughout Asia, there’s a number of different contributing factors, but it’s coming around,” said Gordon.

McFarlan said with their dealership’s seven brands, each brand dealt with the shortage differently.

“Each brand has been affected in some way shape or form, just maybe some a little bit more than others, but collectively they’ve all been affected,” he said.

Both dealerships said they’re now able to order cars for their customers, which could deliver anywhere from six weeks to 12 weeks.

“We’re still getting vehicles built, we’re still selling and delivering vehicles, people are coming in and ordering the vehicle they want,” he said. “The last six months have been dramatically improved over the previous six months.”

But it still could be almost another year before things ‘return to normal’.

“It depends on who you ask, a lot of it,” said McFarlan. “But as a consensus, if you will, it probably won’t get back to what we call ‘normal supplies of the chips’, probably well into next year.”