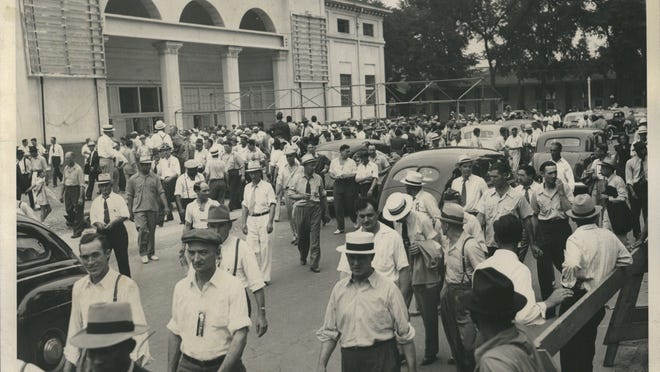 But soon the historic Michigan State Fairgrounds Coliseum will be demolished to make way for a new $18.6 million transit center that is expected to be completed later this year.

“Once I found out what was going on, I did my best to stop it,” Calloway said. “The mayor said no. He said it would cost too much to maintain. But we could have used this facility; we could have repurposed them.”

“I’ve been coming here since I was a little girl,” she said. “More than 40 years of memories. It’s just heartbreaking.”

The vigil took place at the east end of Meijer parking lot, with the partially deconstructed Colosseum in the background. Attendees held signs and stood together as they shared memories of state fairs and sporting events.

“I used to skate here, I was a figure skater,” said Troy’s Peggy McCatty. “Then of course I came here for the circus and the fair and that was a big part of growing up.”

Ford is giving buyers 1,000 miles for 14 days to return used vehicles with a money-back guarantee

Frank Hammer of Detroit’s Green Acres neighborhood was delighted that the milk barn next to the Coliseum was being saved.

“It’s not going to be demolished,” Hammer noted, “which was the original plan.”