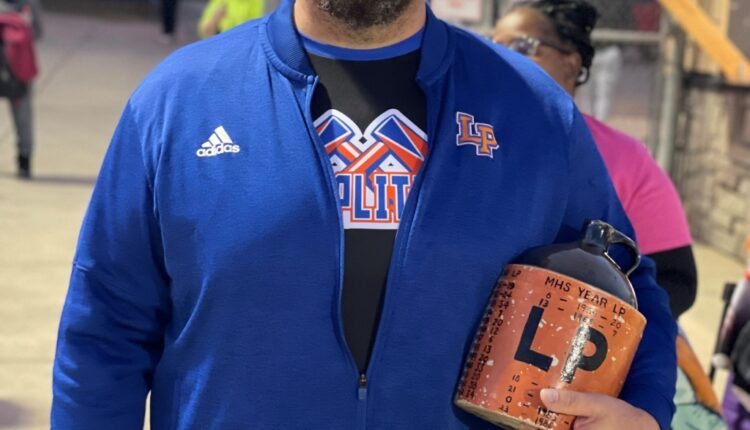 His leadership, philosophy and commitment to put the “student before the athlete” in an effort to get the most out of both has landed a Lincoln Park administrator the title of Michigan Region 12 Athletic Director of the Year.

Plans have already been made for McKenzie to travel to Grand Traverse Resort in Traverse City come March to receive the esteemed award at the Michigan Interscholastic Athletic Administrators Association event.

According to the honoree, the COVID-19 pandemic created a major stumbling block in his plans to increase student participation in athletics in the district.

Officials believe that is all due to McKenzie’s determination to leverage athletics to create the leaders of tomorrow.

High praise not only came from the association that handed him the award, it’s also being expressed by Terry Dangerfield, the district’s school superintendent.

He said McKenzie exemplifies what it means to be a Lincoln Park “Railsplitter.”

“He is greatly deserving of this award due to his continued commitment to providing quality athletic programs that teach students the importance of hard work, dedication and teamwork on and off the field,” Dangerfield said.

McKenzie said his goal is to continue harvesting the fruits of their labor, creating a better overall experience for kids by focusing on teamwork and leadership skills, including the ability to win and lose gracefully.

“The number one goal is getting kids to graduate then setting them up for success right after high school, whether it be college, community college or trade school,” McKenzie said. “We try to focus on creating good people, not just good athletes.”

McKenzie is considered a “critical component” to offering a well-rounded education in the district.

As far as he is concerned, there is still work to be done. He has no intention to pause because all indications show the program is moving in the right direction and accolades are recognizing the school’s success.

McKinley plans to continue working to expand athletic opportunities for the district’s elementary school students, including an athletic league that has already drawn 165 students.

School officials said McKinley is known to use social media to regularly acknowledge student athletes and programs, and he started an Athlete of the Week recognition to give younger students the opportunity to see high school students excellent in sports. He’s also made direct contact via phone and email with local families.

In addition to his own efforts, McKenzie has called on former athletes to explain the benefits of participating in athletics on middle school students to encourage participation in high school.

“As we continue to grow our athletic programs, we’ll offer more opportunities for students to participate without having to pay hefty fees to compete in athletic leagues or requiring parents to drive all over the state for their kids to engage in athletics,” he said. “We’re trying to get as many kids playing as many sports as possible.”