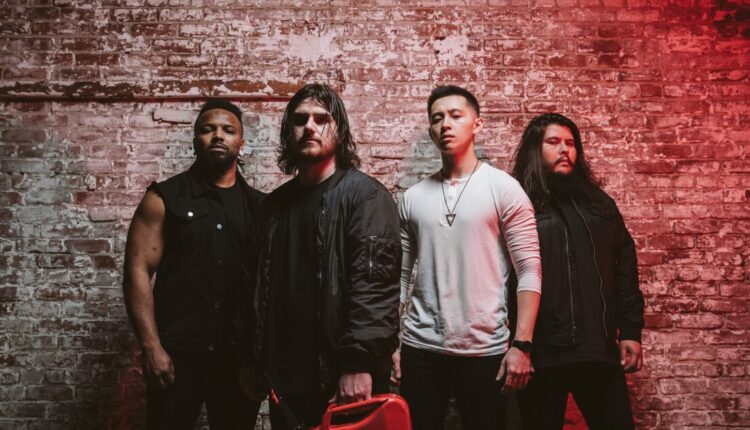 Lansing band Of Virtue rocks out in over 30 countries

LANSING, Mich. — Music, love and friendship are some of the pieces of the puzzle that help form the band Of Virtue. The rock band prides itself on its music that is intended to comfort people.

He says they wouldn’t be where they are today if it wasn’t for a meet-up online.

“Our other guitar player, Mike actually met him on MySpace, and him and I had an old band. Then, we wanted to switch it up a little bit, went through some lineups,” Tate said.

That line up included adding drummer Ryan Trinh and Tyler Ennis to the mix.

“We met our drummer Ryan, on the internet during the pandemic. He was an Instagram drummer,” said Tate. “He flies in and that’s kind of where we’re at at the moment.”

Ennis is a vocalist in the band and had been playing with Michael Valadez and Tate over the years.

Years later, they started traveling across America and overseas.

“Like full US touring. And now, we’ve gotten to a point where we’ve been in over 30 countries, across the world twice,” Tate said.

And even to Europe three times.

“The Europe side of Turkey. Yeah, Istanbul. So we played there. Iceland, we went to Iceland, which is really cool,” Ennis said.

And their experiences were mind blowing.

“We played in Singapore. And we all talk about this, it’s probably one of the best,” Ennis said. “There was a line out the door, right before we played in Singapore. And I remember we, when we first played, you know, like our intro and stuff. And then we played one of our songs that we have called thanks for nothing . They were seeing every single lyric like, almost everybody in the crowd, and it was pretty packed to me.”

“I would mess me up for a second because I was like, they’re singing louder than some places that we’ve played here in our home country,” Tate said.

But even after performing in over 30 countries, there is no place like home.

“Nothing compares to being able to play at home, like seeing friends and family that, you know, don’t ever get to see you play,” Ennis said.

The band has a few festivals planned for next year, but until then, they are hoping their music will inspire others.

“We’re here for a reason. And again, it’s to put out that positive vibe,” Tate said. “To show like, hey, we’re not only musically but as people, we’re a safe space for people to come message us talk to us about anything.”

Whitmer makes a ‘mockery’ of the book banning issue ⋆