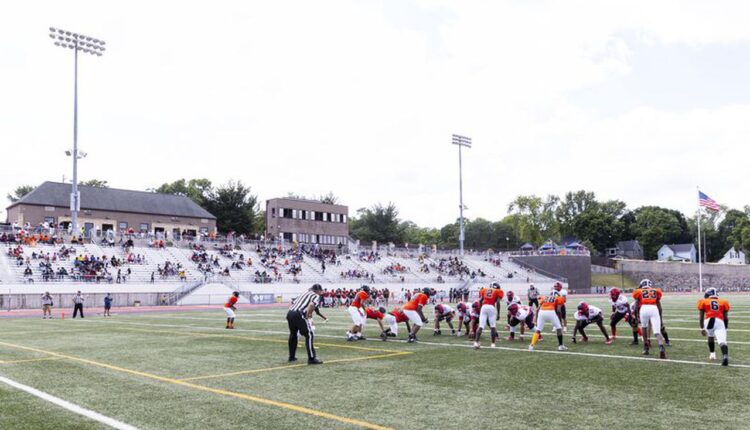 GRAND RAPIDS, MI – The Friday night lights stayed off at Houseman Field in Grand Rapids after a high school football game was canceled due to safety concerns.

Grand Rapids Public Schools’ Ottawa Hills High School varsity team was set to square off against Thornapple Kellogg on Friday, Sept. 16, but the game was called off and rescheduled for 11 on Saturday, Sept. 17 at Houseman Field, 162 Houseman Ave NE .

Thronapple Kellogg school leaders requested the game be canceled, citing rumors at their school that prompted safety concerns, according to a GRPS news release.

The release said limited tickets for the game will be distributed through players and coaches.

“We were disappointed to learn of the request to cancel tonight’s game as our scholars and fans were looking forward to a fun Friday night game of football,” said Larry Johnson, chief of staff and executive director of public safety and school security at Grand Rapids Public schools, in a prepared statement.

“Safety comes before everything else, so when there’s a concern we take it seriously. We look forward to the matchup Saturday morning.”

Thornapple Kellogg school leaders could not be reached for comment.

Commanders Week 2 keys to the game vs. Lions