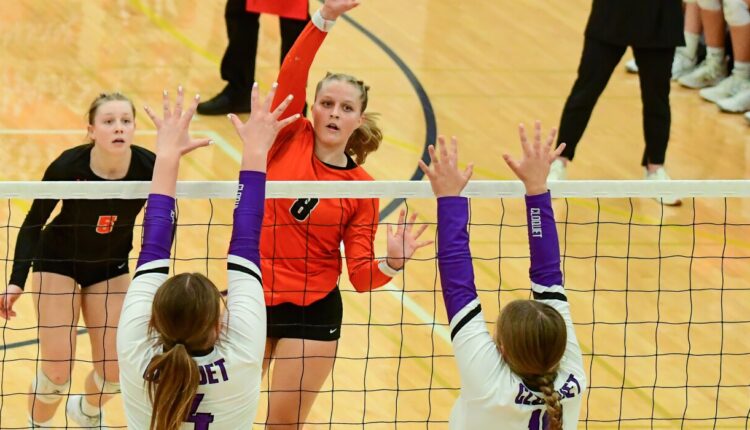 DULUTH — Grand Rapids finds itself in a relatively familiar position going into this week’s MSHSL volleyball tournament in St. Paul.

The Thunderhawks (26-4) were seeded fourth in AAA brackets released on Sunday. They’ll face fifth-seeded Mahtomedi in a state quarterfinal Wednesday at 5 pm at Xcel Energy Center.

All of the Thunderhawks’ four losses this season were in out-of-section weekend tournaments, and one of them was to the Zephyrs, 2-1 on Sept. 17 at Farmington, Minnesota.

Looming in the semifinals is a rematch with No. 1 seed and defending state champion Marshall, which swept the Thunderhawks in three quick sets in the AAA semifinals last year after fifth-seeded Grand Rapids topped Monticello in the quarterfinals.

Section 7A champions Ely and 7AA champions Rush City were unseeded in the brackets for those tournaments, which begin on Thursday. Despite being the only undefeated team remaining in the state, Ely was drawn against defending Class A champion and No. 2 seed Mayer Lutheran in a match at 7 pm on Thursday. Rush City will play No. 3 Annandale on Thursday afternoon.