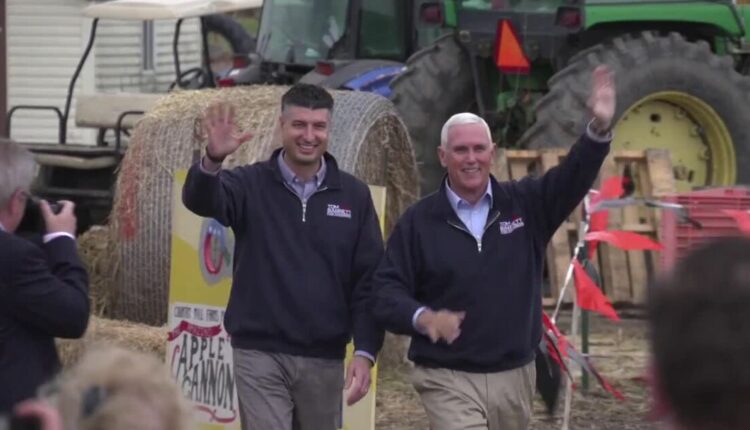 “So let me say from this Republican former vice president of the United States the clear choice for Michigan is Tom Barrett,” said Pence to the small crowd.

Pence highlighted Barrett’s service in the army and his work within the state Legislature on Friday evening. He also called for a return to unity, while repeatedly calling out Rep. Liz Cheney’s bipartisan endorsement of Rep. Elissa Slotkin earlier this week.

“So men and women the choice could not be more clear it’s the choice between a man and a family that have served this country again and again and again,” Pence said. “Someone who has answered the call of a liberal Democrat establishment that has weakened America at home and abroad.”

In response to Pence’s visit, Slotkin’s campaign released a statement saying in part:

“Whether it’s voting against abortion access, against public schools, against prescription drug reform or against thousands of good-paying auto jobs, Barrett has and will always put his ideology before his duty to constituents.”

You can make your voice heard on Election Day, Nov. 8, by casting your ballot.