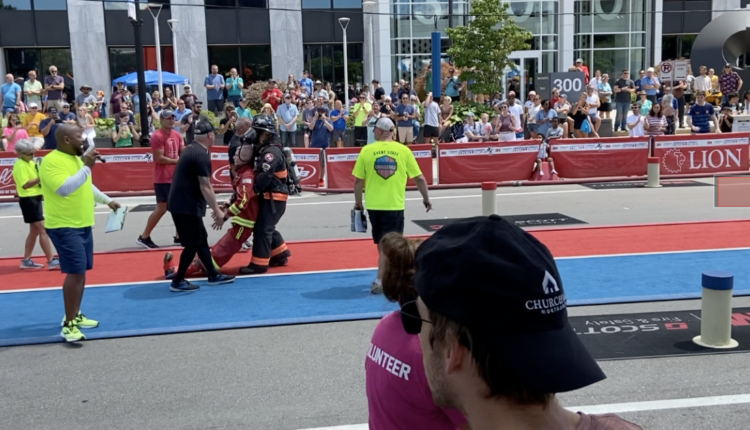 It’s an international event that hundreds of people take part in each year. This time Grand Rapids is getting its first shot at hosting the Firefighter Challenge.

On Saturday, around 250 people got to test their strength and agility on the course by Calder Plaza.

Organizers say this is one of their biggest events. Firefighters came as far as from 1,300 miles away. They added that the event raised $85,000 to go to charities.

Some of that money goes into this community to keep local families safe.

The firefighter challenge is also a major recruitment opportunity. Organizers say they were able to get a few dozen people interested in becoming firefighters.

Many still have a chance to catch the action starting Sunday morning at 9 am.