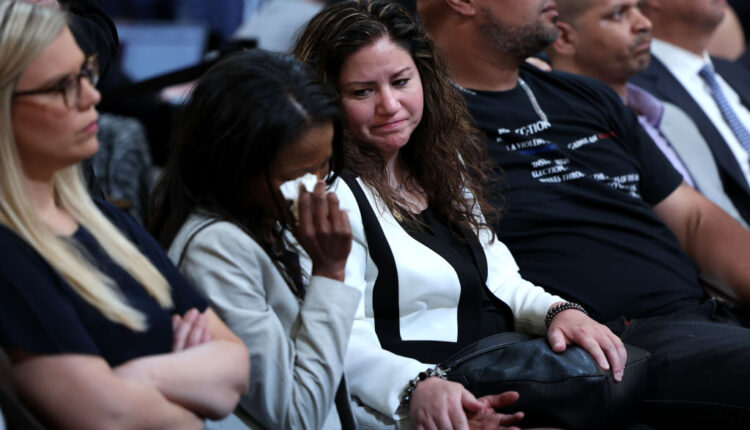 5 things we learned about Jan. 6 and Trump from the first hearing ⋆

The opening U.S. House hearing in a series on the Jan. 6 attack included some eye-opening new details about the events of the day and the broader plot to halt the peaceful transfer of presidential power.

The nine-member investigative committee put former President Donald Trump at the center of the plot, while accusing leaders of two far-right organizations, the Proud Boys and the Oath Keepers, with planning tactical details of the assault on the Capitol.

Thursday night’s hearing was comparable to an opening argument of a trial, with committee leaders Bennie Thompson, a Mississippi Democrat, and Liz Cheney, a Wyoming Republican, mostly laying out the broad outlines of their investigation and hinting they will be digging in further in future hearings.

Yet a few key details emerged that hadn’t been known or widely reported earlier. Here are five of them:

Pennsylvania Republican Scott Perry has not cooperated with the committee, despite a subpoena to appear.

Thursday, Cheney provided a glimpse into what the panel wanted to question him about: Trump’s scheme to replace U.S. Justice Department leaders with people willing to use the department to pursue his claims of a stolen election.

Perry was among a group of “multiple” Republicans in Congress who “sought presidential pardons for their roles in attempting to overturn the 2020 election,” Cheney said.

Perry spokesman Jay Ostrich wrote in an email Friday the allegation was “a ludicrous and soulless lie.”

Pence pleaded with military leaders as Trump refused to intervene.

The panel showed taped testimony from General Mark A. Milley, the chairman of the Joint Chiefs of Staff, who said Vice President Mike Pence had “two or three” calls with military leaders on Jan. 6.

Pence, who was at the Capitol to certify the 2020 electoral college results and was a target for Trump loyalists who believed he could undo the election results by refusing to certify them, was “very animated, very direct, very firm” to acting Defense Secretary Christopher Miller, Milley said.

“Get the military down here, get the [National] Guard down here,” Milley said Pence ordered. “Put down this situation, etc.”

Trump, meanwhile, was not in touch with Milley, Miller, the Justice Department or anyone else in the federal government about putting an end to the attack as he watched it unfold on a White House TV, Cheney said.

“He placed no call to any element of the U.S. government to instruct that the Capitol be defended,” Cheney said.

To the extent the White House was concerned with military intervention, its goal was to counter the narrative that Pence was in charge, Milley said. While Trump did not contact military leaders, White House Chief of Staff Mark Meadows did call, Milley said.

“He said: ‘We have to kill the narrative that the vice president is making all the decisions,’” Milley testified of Meadows, a former Republican congressman from North Carolina. “‘We need to establish the narrative, you know, that the president is still in charge and that things are steady or stable,’ or words to that effect.”

Trump’s inaction came even as congressional leaders implored him to step in, Cheney said.

“You will hear that leaders on Capitol Hill begged the president for help, including Republican Leader McCarthy, who was ‘scared,’” Cheney said.

A spokesman for McCarthy did not immediately respond to a request for comment.

The panel will examine Trump’s interference with state officials, and the creation of “fake electors.”

The fifth hearing in the series, which has not been officially scheduled but is expected later this month, will focus on Trump and his allies’ pressure on state lawmakers and election officials, Cheney said.

The panel will provide new details of Trump’s calls to Georgia Secretary of State Brad Raffensperger, whom Trump told to “find” nearly 12,000 votes to swing the state to him.

The Atlanta Journal-Constitution and Politico reported Thursday that Raffensperger is scheduled to testify at a hearing this month.

The panel will also describe efforts by Trump loyalists to produce slates of illegitimate electors in several states Joe Biden won in the 2020 election and replace them with electors who would cast their votes for Trump.

Slates of false electors have been linked to the competitive states of Arizona, Georgia, Michigan, New Mexico, Nevada, Pennsylvania and Wisconsin.

The panel presented taped testimony from former Attorney General Bill Barr, who said he told Trump the president’s claim of electoral fraud was “complete nonsense.” Barr expressed that sentiment to the president several times in a variety of words.

Campaign spokesman Jason Miller testified that the leader of the campaign’s data team, Matt Oczkowski, bluntly told Trump he was going to lose the election.

Trump’s call for his supporters to come to Washington was a catalyst.

Despite many of his closest advisers telling him he lost, Trump continued to pursue avenues to stay in power, including by bringing his most committed supporters to Washington the day Congress was to ratify the election results.

The first hearing closed with a montage of people involved in the attack saying that they came because the president told them to do so. Trump tweeted in December 2020 to invite supporters to rally on Jan. 6, saying it would be “wild.”

The people who took up that call include members of the Oath Keepers and other extremists, who interpreted the tweet as a call to arms, Marcus Childress, investigative counsel for the committee, testified.

“The President called us to the Capitol,” the president of the Oath Keepers Florida chapter posted on social media, Childress said. “He wants us to make it wild.”

The Oath Keepers were then among the most organized participants in the attack, setting up “quick reaction forces” near Washington’s Virginia suburbs.